The links below contain more than the usual pdf files; they contain an embedded video of the presentation and the powerpoint slides, for those people who would like a quick overview before reading the paper. They also have answers to common questions we have recieved.

Due to my work on wildcards and Ceylon, I came into contact with the Kotlin team at JetBrains. They, too, are developing a next-generation object-oriented industry-scale programming language, and am acting primarily as a type-system advisor there as well. The two projects are very different, both in how they operate, and in what they are working towards. The contrast has been very educational, offering a diverse set of opinions on potential features or refinements, and resulting in subtle but important differences in the problems at hand. Most recently I have written a paper on a system I developed for Kotlin, which has a strong need to mix use-site and declaration-site variance together for purposes of compatibility and usability.

Due to my work on wildcards, I came into contact with the Ceylon team at Red Hat. They were developing a next-generation object-oriented industry-scale programming language, attempting to incorporate all the experience offered by languages such as Java, C#, Scala, Smalltalk, and Python over the last decade or so. My role on the team was primarily as type-system advisor, making sure Ceylon's powerful features all work together cohesively.

I interned under Daan Leijen at Microsoft Research in Redmond in Summer/Fall 2009. We designed a pure but effectful functional programming language, as well as a Hindley-Milner-like type inference algorithm with effects and higher-order polymorphism (based on Daan's HMF). In doing so, I improved compiler technology for inferring higher-ranked polymorphism. I also managed to generalize monads in order to formalize effect systems with multiple interacting effects. 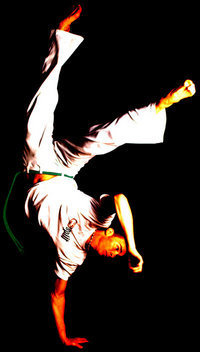 I interned under Juan Chen and Chris Hawblitzel at Microsoft Research in Redmond in Summer/Fall 2008. I designed a type-inference algorithm for an x86 assembly type system for object-oriented programs, as can be seen at PLDI 2010. This typed assembly language, which we called iTalX, is now a key part of Microsoft Research's computer-verified memory-safe operating system, Verve. In order to design this inferable type system, I first designed a framework for existential types based on category theory, which has proven to be intuitive, powerful, and flexible. This framework was then reused for my work on Java's wildcards in PLDI 2011.

I have interned at Treyarch, a studio of Activision, twice now. The first time I worked on the early stages of the Spider-Man 3 console game. The second time I worked on Spider-Man: Web of Shadows. My biggest contributions were in improving the scripting language used by the game designers, and this may have somewhat fostered my enjoyment of programming languages. I also worked a lot with computational geometry and corresponding graph theory.

Before that, I interned at CustomFlix. At the time, CustomFlix was a very small internet company which processed, distributed, and marketed personal videos. I held various roles such as architect, tester, lead, and web developer.

I stole this page from Patrick "Maxim" Rondon.

I found my grandpa online. Thought it was pretty cool.